This is my entry for the Tableau Ironviz qualifier contest. It is all about mobile design and Tableau 10’s new Device Manager. I intended to create a simple and functional visualization resembling a mobile app.

When I played with the app and browsed through the data, the biggest surprise for me was the cost of apartments in Luanda, Angola. It didn’t seem right for the country whose GDP is so much lower than the rich European, Asian or North American superpowers. But apparently the data checks out and the high prices of properties in Luanda are the result of a limited supply of luxurious housing demanded by expats. The economy is booming but the construction is lagging behind. There is an interesting article here, if you wanted to learn more.

Have fun comparing prices and salaries in almost 600 cities around the world! 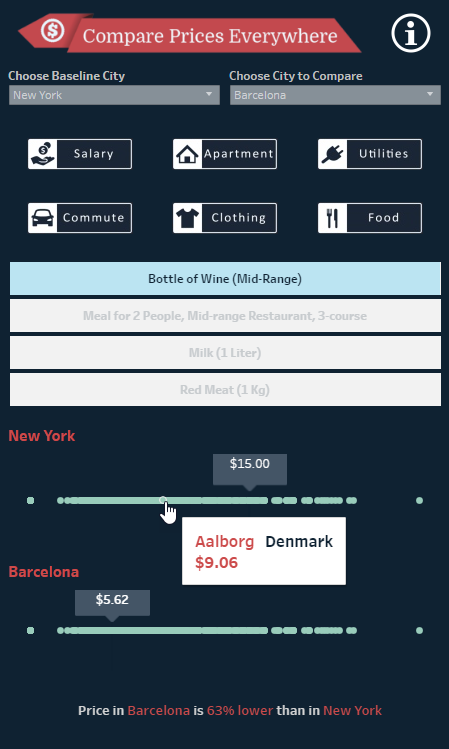