It is not a secret that women in films are underrepresented and underpaid compared to their male partners. But what exactly is a percentage of films with women in lead roles compared to films led by men? I explored movies released so far in 2017 to find out.

The most difficult part of making this visualization was getting the data. I found that The Movie DB website has a very well documented API but HTML queries allowed scraping of only 20 results (movies) at a time. So, the only way to get thousands of results without going berserk was to automate the API access. Luckily, good folks from the R community created a TMDb R package that hugely sped up the development process. The package has its own limitations so the process still took more time than I expected but I managed to extract about 7000 films released around the world in 2017. From these 7000 about half did not have credits available, making them useless for my needs. So, the analysis takes into account not all films released so far in 2017 but only the ones that have credits in the TMDb database. Considering the large number of movies with credits available (almost 3000) and assuming that people contributing information to the database did not choose films to work on based on cast gender, I think the results I got are still valuable.

I found a lot of insights in this data. It comes as no surprise that men dominate starring roles in every country and in all genres. What surprised me is that women are most likely to be cast as a lead in horror movies. Fantasy, Romance and Drama come real close and the least likely movies you will see with female leads in are Action, Science Fiction and Western flicks. As for differences among languages, French movie makers favour female leads more than in any other country. 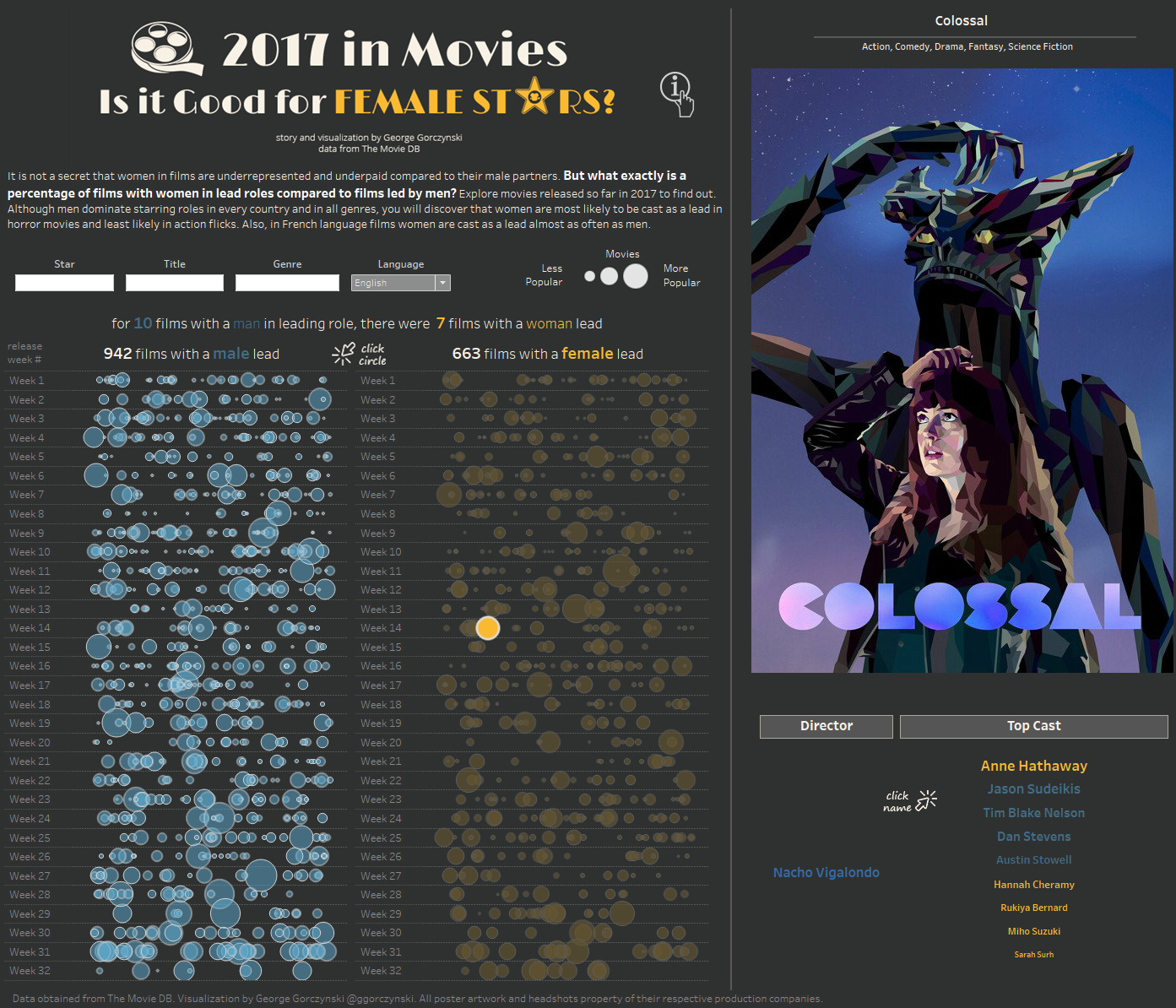